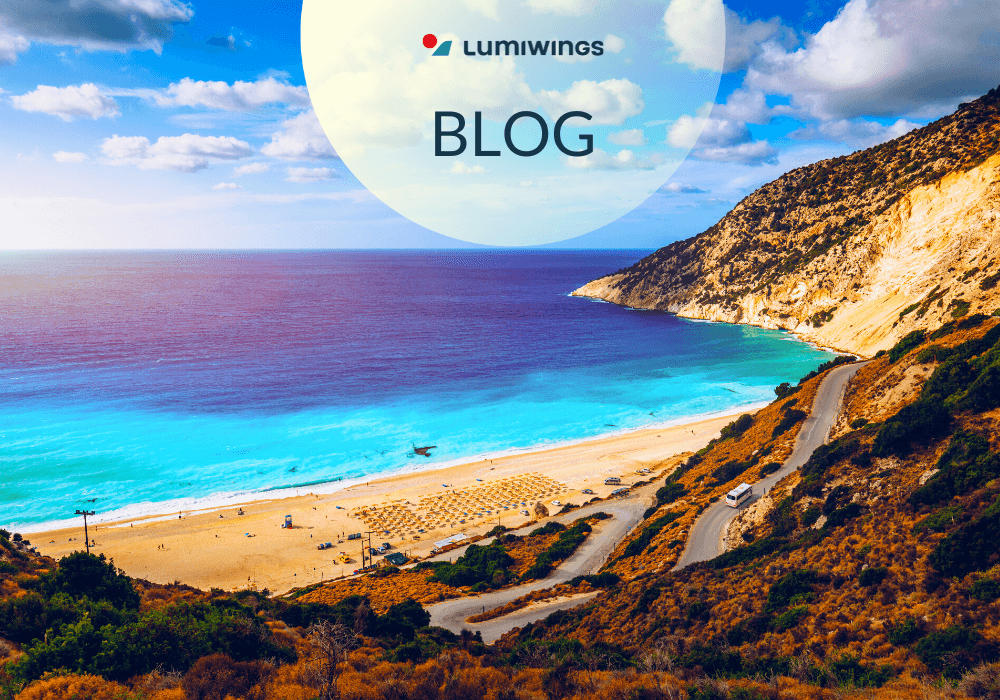 In Kefalonia it is not difficult to find beaches where you can relax and enjoy your dream holiday. The island's coastline is dotted with bays so enchanting to rival the Caribbean! Let's see which are some of the most beautiful beaches!

The beach of Myrtos, located on the north-west coast of the island, is considered one of the most beautiful beaches in the world for its breathtaking waters with wonderful shades of blue. Here you will find well-equipped establishments and water sports courses for a perfect day of comfort and fun!

Petani beach is located on the west coast, on the Paliki peninsula, at the foot of a high rise that drops steeply to the beach, creating a very impressive effect. Part of the beach offers sunbeds and bars, or you can enjoy the natural and free part, surrounded by impressive rock faces.

Fteri beach, on the north-west coast, has with white cliffs and a turquoise sea that give it a heavenly appearance. Other coves in the area, such as Kamari and Melissa, can be reached by boat.

Foki beach, located in a long, narrow bay near the village of Fiskardo, is small and quiet. The fact that it is gently sloping and bordered by rocks and forest makes it particularly attractive.

Also located near the village of Fiskardo, Emblisi beach is a white pebble beach, whose clear sea lends itself well to snorkeling, that is the exploration of the seabed with mask and snorkel.

Alaties Beach is a small, rather remote beach that takes its name from the Greek word for 'salt' (alati). In fact, for centuries the locals have been collecting sea salt that naturally in the rock pools on the peninsula to the right of the beach.

The beach of Antisamos, on the east coast, is surrounded by high green promontories of vegetation. It is an equipped beach, with transparent sea, also known for the 'movida' of its bars.

Gidaki Beach is located on the east coast of the island of Ithaca and can only be reached by sea from the port of Vathi. It is a long sandy beach with crystal clear waters that make it a natural swimming pool in which to swim and relax.