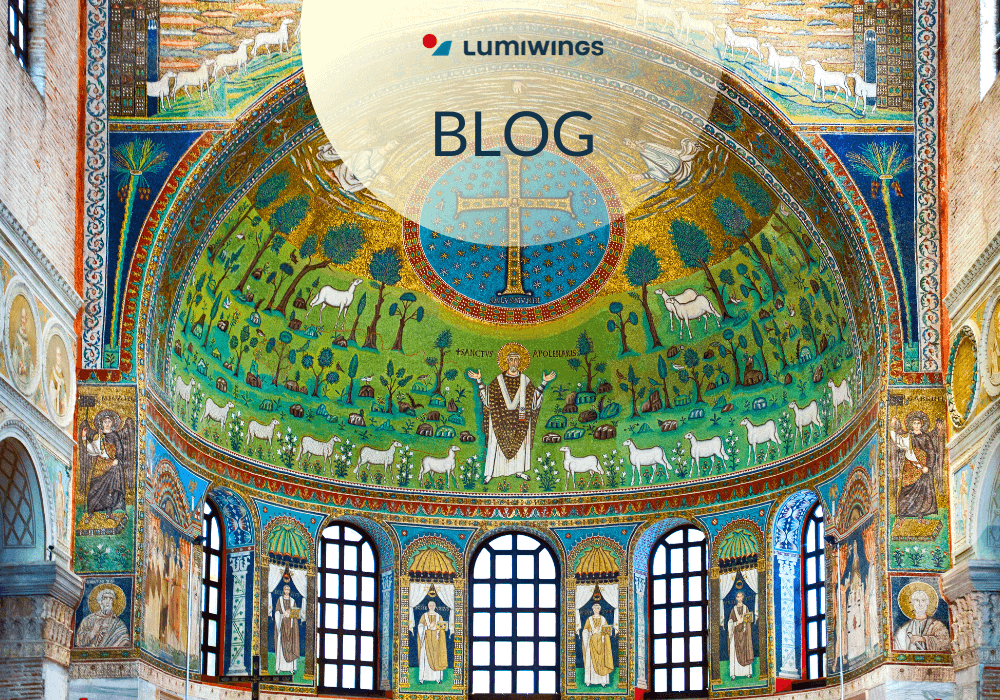 Ravenna is the city in Romagna with the richest history and this is due to the fact that it was the capital of three different empires: the Western Roman Empire, the Ostrogothic Kingdom and the Byzantine Exarchate. The evidences of this prestigious past can be found in the magnificent city’s monuments: eight of them are part of the Unesco World Heritage and they host the richest collection of Byzantine mosaics in the world. It is not a coincidence that Ravenna is known as the city of mosaics!

Here are some wonderful places that you absolutely have to visit in Ravenna!

The Basilica of San Vitale is one of the most important examples of Byzantine art. The church, dating back to 547 aD, has no naves, opposite to what is usually found in traditional churches, but there is a central octagonal room surrounded by columns supporting a majestic dome. But the real wonder of the Basilica lies in its precious mosaics, including the famous mosaics representing Emperor Justinian and Empress Theodora surrounded by their court.

A few steps from the Basilica of San Vitale is Mausoleum of Galla Placidia which, although it may seem rather modest from the outside, on the inside it will leave you speechless. The Mausoleum dates back to the 400 aD and it houses some of the oldest mosaics in Ravenna, including the fascinating ceiling decorated like a starry sky, the first example of this particular type of decoration which will be reproduced in numerous other churches during the Middle Age.

Basilica of Sant’Apollinare in Classe

The majestic Basilica of Sant’Apollinare in Classe, despite being located a little outside the city center, in Classe, it is to all extents a fundamental monument for Ravenna. The Basilica, flanked by a tall cylindrical bell tower, dates back to 536 aD, has three naves on the inside, divided by two rows of 24 elegant marble columns decorated with elaborate leaf capitals. Inside the church you can admire various mosaics, including the one representing Sant’Apollinare in a natural landscape surrounded by twelve lambs.

The Basilica of Sant’Apollinare Nuovo was built in 505 aD as an Arian church, but with the Byzantines it became a Catholic church. The majestic basilica has three naves divided by two rows of twelve columns. The mosaics of this church are impressive, they can be divided into three distinct bands: at the top there are some episodes from the life of Christ and in the middle there are the figures of saints and prophets. Finally, in the lower part, you can see the palace of Theodoric, from which 26 martyrs leave to head towards the enthroned Christ, and the harbor of Classe, from which the Three Wise Men and Virgins leave to head towards the Virgin, also enthroned.

The Mausoleum of Theodoric is a very particular monument that stands out from the rest of the architecture of Ravenna. Other than not being made of bricks but in Aurisina stone, the Mausoleum has a decagonal plan with two different floors, and the roof is made up of a single block of stone of over two hundred tons. On the second floor there is a red porphyry sarcophagus that originally contained the body of King Theodoric.

The Baptistery of Neon represents the response of Catholicism to the Arian religion, which was spreading in Ravenna because of Theodoric. The Baptistery has an octagonal shape and on the inside what stands out the most is the dome, entirely covered with mosaics that represent the baptism of Christ, in the center, with the apostles around.