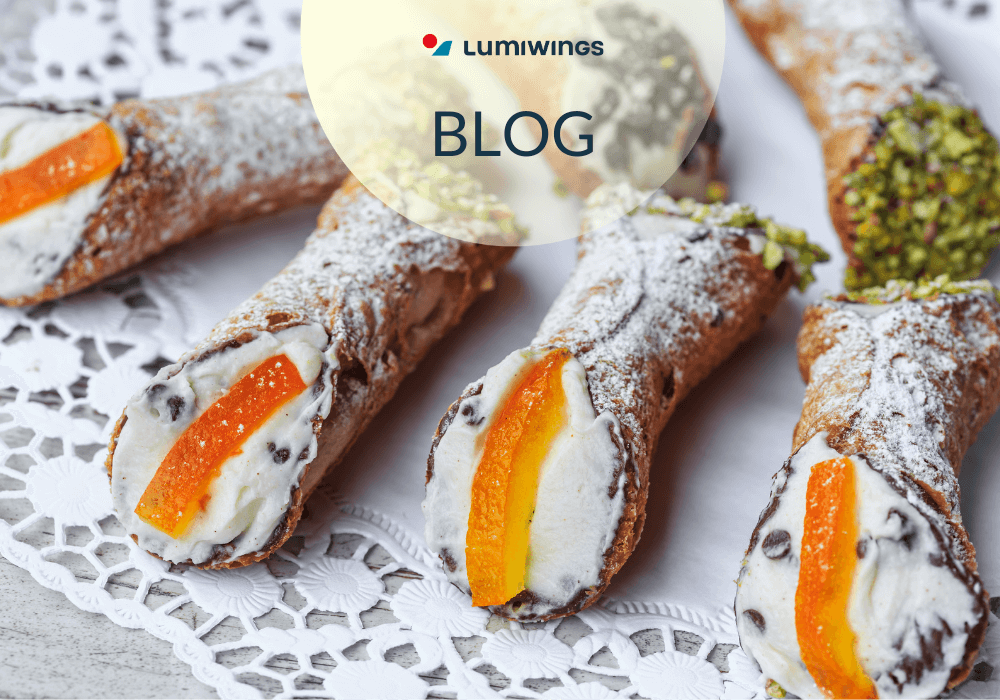 Palermo is the Italian capital of street food. In every corner of the city, you will be welcomed by mouthwatering scents of the freshly fried or baked food! Palermo can satisfy any palate and it will surprise you with its unique flavors.

Here are some of the most delicious foods to absolutely try in Palermo!

The protagonists of Palermo street food are Arancine (in Palermo never call them Arancini!). In case you didn’t know, Arancine are balls made with rice, seasoned with saffron, stuffed with various ingredients and then fried. Many different flavors of Arancini exist, from the most traditional one al ragù (with meat sauce) or al burro (with bechamel, ham and peas), to the most creative ones with seafood, cheese, mushrooms, pistachios and so on.

Another signature dish of Palermo street food is a sort of a sandwich named pane, panelle e crocchè. Panelle are fritters that come from the Arab tradition made with chickpea flour and flavored with parsley, while crocchè are potato croquettes. Pane and panelle are used to fill mafalde, the typical Palermo bread coated with sesame seeds, creating a really simple but yet delicious sandwich.

Sfincione is Palermo’s tasty focaccia, typically made with pizza dough and topped with tomato sauce, onions, anchovies, oregano and caciocavallo cheese but of course, it can have other toppings. Sfincione is super fluffy and its name apparently comes from the Latin word spongia, which means sponge.

Cannoli are the best-known Sicilian dessert and if you are in Palermo, you absolutely must try some! They are made with a fried rolled up waffle that is filled with sweetened ricotta right before being served, so that the waffle remains crunchy. You can find many versions of Cannoli, but the most traditional ones are with chocolate chips, candied fruits or pistachios.

Cassata is another signature of Sicilian patisserie. Traditionally made at Easter, today you can enjoy Cassata all year long. The most common version consists of sponge cake, ricotta cheese, almond paste, candied fruit and it does not require baking. A simpler version, particularly popular in Palermo, is Cassata al forno, which is oven cooked and made with a double layer of shortcrust pastry filled with ricotta cheese and chocolate chips.

A sweet piece of art of the Sicilian tradition is Frutta di Martorana, named after the monastery where they were first conceived. In Italian frutta means fruit, sometimes they are mistaken for real fruit, thanks to the accuracy with which they are shaped and painted! They are actually made with almond paste, sugar and orange blossom water.