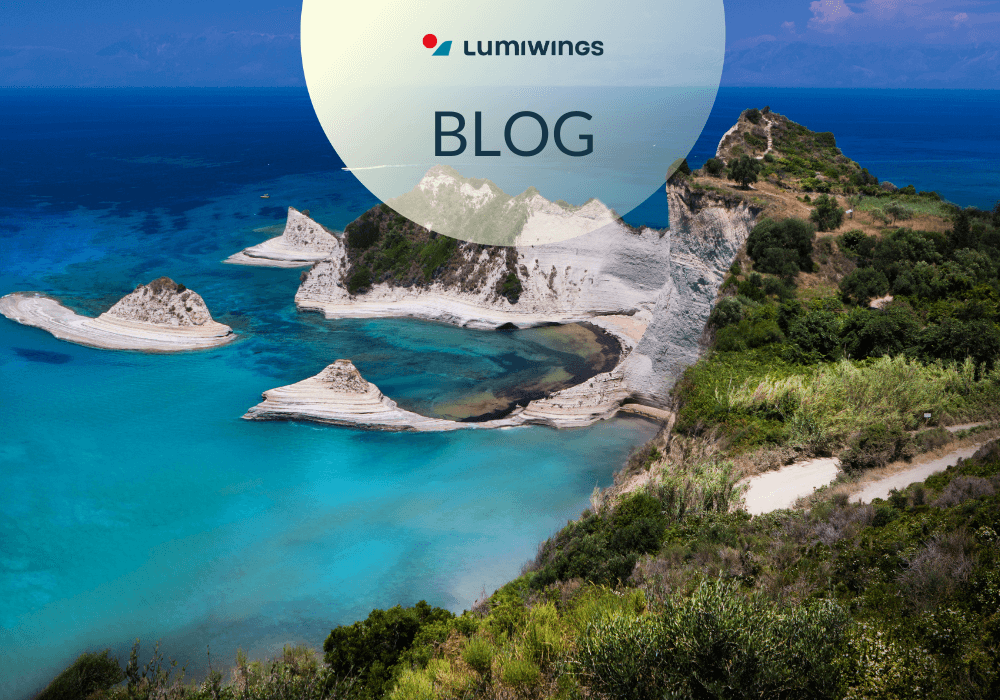 The island of Corfu is thought to be the last stop of Ulysses before going back to Ithaca. According to the Odyssey, due to a shipwreck Ulysses got to the beach of Palaiokastritsa, where he met Nausicaa, daughter of king Alcinoo. After hearing the hero's adventures, the king decided to give him a ship to help him finally return to his homeland.

Palaiokastritsa beach is located in Corfu and it’s a place you can’t miss during your trip there, as well as many other wonderful beaches scattered through the whole island.

Let's find out some curious facts about the most amazing beaches in Corfu!

Cape Drastis is the northeastern tip of the island of Corfu, known for its white cliffs with particular elongated shapes. At Cape Drastis you will find small beaches that can only be reached by boat, although strong winds often blow in this area of the island, so it is better to visit them on a day when weather conditions are optimal.

Canal d’amour is one of the most particular places in Corfu. Located on the north of the island, in the small town of Sidari, the channel of love is a long and narrow canal carved over time by water and wind. The beach at the end of the Canal d’amour is very small and for that reason it can get crowded quite quickly. According to popular belief, couples who swim in the canal together will get married within a year, so it's the perfect place to visit with your significant other.

The beaches of Porto Timoni are two opposite coves located on the strip of land that connects the main island to a small peninsula on the west coast of Corfu. The beaches, bathed by crystal clear waters, are surrounded by green lushy vegetation and can be reached by boat or following a path that starts from the nearby village of Afionas.

Palaiokastritsa is a small village on the west coast of the island that boasts five different bays and just as many coves, not far from each other, forming a truly unique and enchanting complex of beaches. For this reason, there is a beach perfect for anyone, both for those looking for a quiet place and for those seeking for adventure, who want to dive in the sea from the rocky shores. Furthermore, according to mythology, these are the places where Ulysses and Nausicaa first met.

Halikounas beach is located on the west coast of Corfu. The peculiarity of this beach is that it stands on a thin strip of land that separates Lake Korission from the sea. Being here means being surrounded by water on two sides, both sea water and fresh water. This beach is also very popular for water sports and it is possible to admire an enchanting sunset over the sea.